How Bowling And Cliff Diving Can Fight Complacency 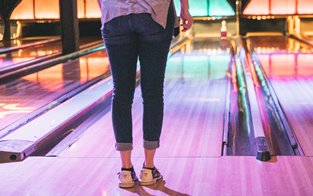 I was doing some research for a talk I gave recently – OK, research is a strong word – I was looking up stuff on Google. I searched for lists of common things that make people uncomfortable. As you can imagine, a lot of the same stuff showed up on different lists: heights, snakes, confrontation, public speaking, etc. There was one however, that really stood out for me. It only showed up on one list, but it was by far my favorite. I chuckled out loud because I had never considered it, and it was sort of true for me. 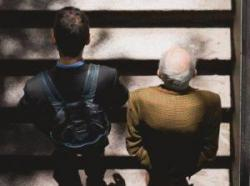 If you were fortunate to have living grandparents or great grandparents as a kid, do you remember your parents telling you to spend as much time with them as possible? They said “You can learn so much. They won’t be around forever. It’s important to know your family’s history.” And of course there was the dreaded “you’ll be sorry one day if you don’t.” As I look back, when I was smart enough to spend time talking to my grandparents, the stories are what resonate with me. So many tales and tidbits of wisdom accumulated over the years just waiting to be told. All I needed to do was ask.

Giving Our Best When It Matters Most

Some thirty years ago I stood at my then girlfriend’s refrigerator trying to find something to eat. I located a single piece of cake toward the back and ate it in three bites. No piece of cake is complete without some milk to wash it down, so I grabbed the carton; made sure the coast was clear; and proceeded to drink directly from the container. Mid-gulp I noticed said girlfriend standing in the doorway staring at me. I prepared for the worst. She moved toward me, leaned up, kissed me on the cheek, and walked away. My immediate thought: “I think I could spend the rest of my life with this woman.”

The Power Of Touch - When Words Just Aren't Enough 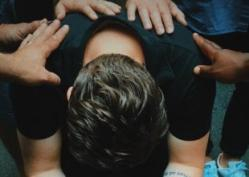 I had lunch with a friend a while ago and he introduced me to his fiancé’ – who I’d heard much about – so I felt like I should hug her. After we hugged, she said “Oh, you’re one of those people that really knows how to hug.” I’m not sure it was a compliment, but at least she said it in a way that told me I didn’t come across creepy.

My Sunday school class was discussing generosity recently and we talked quite a bit about what motivates us to be generous or helpful to others in need. Why do we decide to get involved in some areas and not others? Do we need a personal connection to the situation? Do some things tug on our hearts more than others? Does Sarah McLachlan have to sing that song from the SPCA commercial before we act? Is it all a matter of timing in relation to what’s going on in our own lives?

How To Create Memorable Customer Service By Focusing On This 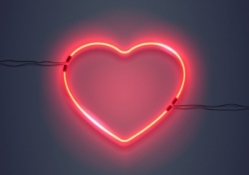 I write and speak a lot about customer service because I am fascinated how some companies and individuals excel in this area and others fail miserably. What’s the difference in success or failure when it comes to taking care of your customers? There are many things that make up great customer service, but in my years of experience and observation, I keep honing in on a theme that leads to happy and loyal customers.

What Does It All Mean?

I’ve become somewhat of an expert on ceiling tiles in commercial-type buildings. I’ve spent a lot of time on my back looking at them. Wait … that didn’t sound right. What I meant to say was I’ve been in lots of situations where my view was nothing but the ceiling … nope, still sounds nasty.

Nobody Puts Jesus (or Baby) In A Corner 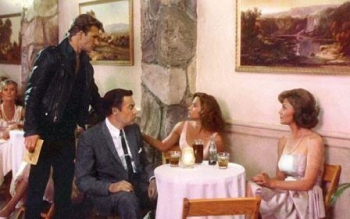 I miss Patrick Swayze. I mean, who hasn’t seen Road House a million times, right? Twice a week it shows up on some channel and is clearly a classic, albeit terrible movie that has endured for almost 30 years. Throw in some Sam Elliot, classic fight scenes, awesome 80s hair, and you’ve got movie gold.