I love movies.  I’m one of those people that can get some kind of entertainment value out of just about any movie – no matter how bad it may be.  I’m not sure exactly why, but whenever any of the Matrix movies are on television, I stop changing the channels and watch.  If you’ve seen the movies you know what I’m talking about, but if not, they’re a trilogy of movies that came out from 1999 – 2003.  They have some loosely Christian-based themes throughout all the action, violence, and awesome CGI.  The main character is played by Keanu Reeves and he sacrifices himself to save humankind.  At the end of the third installment, there is a prophet-character named Oracle that sits on a park bench looking at a beautiful sunrise, signifying a new beginning.  She wears a content smile knowing what Neo (Reeves’ character) has done for everyone.  One of her assistants comes up to her and says “Did you always know” that everything was going to be ok?  She looks up at him and says “Oh no, I didn’t know … but I believed.”

"I've Been To A Town"or How Jeremiah Johnson Explains Everything

I frequently use movie quotes or scenes to provide a backdrop or framework for the things I write about.  My favorite movie of all time is a Robert Redford film called Jeremiah Johnson.  It’s interesting that it’s my favorite, because I was only seven years old when it came out.  I can’t say it was my favorite movie as a kid, but my parents loved the movie, so I saw it many times over the years, and came to appreciate it more each time I saw it.

Hanging Out On The Porch

For the better part of my adult life, I have described my spiritual journey like I was on the front porch of a house.  I was outside, looking inside, at what a real relationship with God was like.  The problem was that I wouldn’t go inside.  I thought there had to be another level of feeling or something that I was missing.  Too many things seemed too routine or ritualized for what I thought real meant.  My spiritual walk was way too much walk and not enough spirit.  I’m not sure why I wouldn’t go in:  maybe it would be weird inside; maybe I wouldn’t fit in; maybe I wasn’t good enough.

If They Take Away My Title... 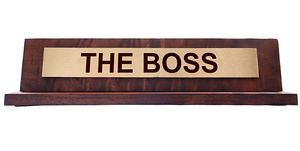 I just finished giving a talk to a group of salespeople and I began thinking about leadership in business and organizations.  At my previous job, I managed a big golf property with lots of moving parts – golf, food & beverage, weddings, special events, merchandise, lodging and marketing.  Over my 26 years there, I thought a great deal about leadership and how to get the most out of myself and our staff.  My favorite quote about leadership is “If they take away my title, will they still follow me?”  I’ve seen it used in several articles and I believe it provides the framework for how a leader should think when it comes to dealing with their organizations.  My situation was a for-profit business, but it applies to just about any type of group that wants to function well.

It’s All About The Story

Sometimes when I get ready to speak to a group – even though I’ve done it many times – I still have this thought that pops in my head before I talk. It’s usually like a little voice that will say things like, “what are you doing? This is just dumb. What in the world do you think that you have to say that anyone cares about hearing?” In those moments I’m consistently reminded that it’s all about the story, and everybody has one – whether you think you do or not. And usually stories are what move us.