Blame it on the Boogie 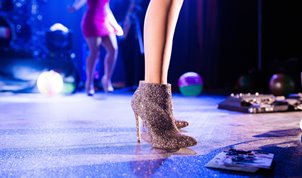 I was driving down the interstate recently listening to one of my favorite SiriusXm channels – The Groove. Right after I almost blew my speakers listening to Parliament’s “Flashlight”, a song came on I hadn’t heard in years.

If that doesn’t make you chuckle a little, you definitely need some more fun in your life. I don’t even know what we’re supposed to be blaming on the boogie, but it sounds like a perfect place to lay it. After studying the lyrics more closely, I think Michael ain’t gettin’ no lovin’ because his baby is always dancin’. So after visiting every disco in Frisco, he kissed his love goodbye. Therefore, he’s blaming his lost love on the boogie … I can’t make this up.

As is the norm with my writing and thinking, pop culture impacts me in ways that lead to pondering more significant issues in my life – or life in general. I thoroughly enjoyed listening to the song, but I couldn’t help focusing on the word blame in the title. There seems to be a lot of it going around these days and it’s pervasive in every part of life. I know I run the risk here of sounding like “Old man get off my lawn” guy, but bear with me.

One of the things my wife and I have tried very hard to do with our children is to instill in them a sense of personal responsibility when things happen in life. Difficult and hurtful things are going to take place, but we should always look at ourselves first before pointing a finger anywhere else.   Easier said than done.

Of course, there are countless things that occur every day for no particular reason that are painful and unfair. I’m not talking about real victims of hate, crime, and discrimination. I’m referring to what some people see as society’s trend toward what they call a culture of victimization – where we seek to blame others or something else far too often for our current situations in life.

In his great book Ending Our Uncivil War: A Path to Political Recovery and Spiritual Renewal, my friend and author Jim Brown adroitly writes about the growing problem of victimization in our society. He focuses a great deal on civil discourse, free speech, and a whole lot more love. In his chapter about scholastic independence, Jim uses a quote from Father Richard Rohr - founder of The Center for Action and Contemplation - that addresses this perfectly: “Playing the victim is another way to deal with pain indirectly. You blame someone else, and your pain becomes your personal ticket to power because it gives you a false sense of moral superiority and outrage. You don’t have to grow up, let go, forgive, or surrender – you just have to accuse someone else of being worse than you are. And sadly, that becomes your very fragile identity, which always needs more reinforcement.”

There are a couple of words that stand out for me in that quote: false and fragile. Am I getting that old and crusty, or are too many folks crying wolf about things that shouldn’t be that prominent on the radar of life? And I know that every generation thinks the ones after them are going to hell in a handbasket, but I feel like we are getting a little soft and overly sensitive.

Now before you try and pigeon hole me on the political spectrum somewhere, I offer these thoughts in a completely non-partisan way. Just as there are portions of society that seem too delicate to function in a tough world, there are just as many sections that are callous and narrow-minded. I have only two reasons for writing about this: 1. The boogie made me, and 2. I want my words to spark something in you to love a little harder and make the world a better place. The second one is the only reason I ever write or speak about anything.

To that end, I suggest we try not to look at everything through the lens of “offensiveness”, while recognizing true victims in this world. I know you’re going to say, “So who decides who a real victim is?” I will tell you that I believe most honest, reasonable people can tell the difference. Unfortunately, the fringe on both sides seems to get all the airtime. Don’t let them poison your belief that we are better than that.

Let’s not be afraid to engage with others who we disagree with in a positive way and find the common ground that makes us human.

Let’s keep our minds open and our mouths shut more.

Let’s love more and do more for others who need an example of what being a good citizen of this earth means.

And for the love of God, if you absolutely have to place blame somewhere…