Why Punctuation Matters In Customer Service 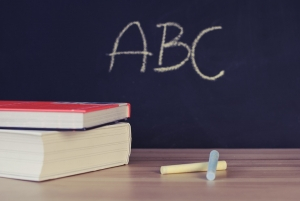 My daughters say I’m a mean texter.  When they told me, I was trying to figure out what horrible thing I sent them and couldn’t think of anything.  I asked, “What did I text you all that was so mean?”  They replied it wasn’t the words themselves that were evil, but my use of punctuation – and specifically the period – that made my texts “sound” mean.  Uhh…what?

I’d made a simple reply to a question and put a period at the end of it.  Apparently I’m guilty of doing it all the time.  They repeated aloud what I had texted - “Ok, I’ll meet you all at home PERIOD!”  They even used their best Darth Vader voices for emphasis.  I laughed and said I would try to resist my 5th grade English teacher Mrs. Miller’s training.  I would try and stop using periods and use more emojis (I’m drawing the line at those bitmoji things my wife uses that look eerily like her.)  If I simply had to use punctuation, I’d use exclamation points more.  Oh, to be young today…

If you’re wondering how this has anything to do with customer service, bear with me.  I gave a speech several years ago to a group of PGA golf professionals when I was running for office in our association.  At the end I was asked a question I didn’t know how to answer.  I had never considered it, so I wasn’t sure how I felt.  A thought popped in my head and I told him I wasn’t afraid to say I don’t know, but I could promise him the statement would never be followed by a period.  It would always be followed by a comma and some statement of action on finding an answer.

I drove home patting myself on the back for being so quick thinking and sharp.  When I shared the story with a co-worker, he gave me an “eh that’s ok” look.  I asked if he didn’t like my response and he said, “Well, it’s ok.  Hopefully you didn’t come across like the guy that really just doesn’t know anything.”   Reality check engaged.

I thought about it for a while and I’m fairly confident my words were received as intended.  If I had been sharper and quicker I would have told the group my statement really was about driving a question or request to a resolution.  This is amazingly important when we are serving others.

I guarantee you’ve had some customer service interaction when you had a question and the employee answered "I don’t know."  Annnnd that was it.  Awkward silence.  Stare off.  They can’t figure out why you’re still standing there and you can’t figure out why they’ve made no attempt to find an answer for you.

It’s always ok to be honest and tell a customer you don’t know something, but it is NEVER acceptable to end the statement there - as if you just dotted it with a period.  It MUST be followed by a comma and further response telling your guest how you will reach some answer or resolution.  Even if the answer isn’t what your customer wants to hear, they will know you made a genuine effort for them.  If you’re not driving things to a conclusion/resolution, then you’re driving your customers to some other business that will.

This stuff is not rocket science, but it’s particularly important, especially for your front-line employees.  In most businesses, the people that can answer all the questions are usually not the ones spending much time behind the counter or answering the phone.  Your team needs to have the training and information to answer most questions.  They should also understand the urgency of seeing the ones they don’t know all the way to the finish line.

Anyone who has ever worked in customer service knows consumers can come up with some crazy questions or requests.  During all my years in business, every time I thought I had “heard it all,” something happened that made me say “Well, that’s a first.”

Usually if one of those situations made it all the way to me, it was something we never had to deal with before.  There was no precedent for how to handle it.  In those instances, I knew two things were going to happen:  1. We would do our absolute best to accommodate that request or answer that question.  2.  If an answer had to be “no”, it would be obvious to our guest how hard we worked trying to please them.

Drive things to a resolution