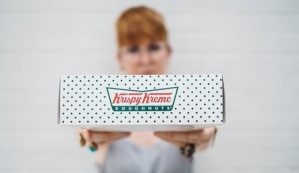 It’s almost Christmas and this time of year is filled with … pretty much everything.  The days from Thanksgiving to New Year’s Day seem much like the old game of musical chairs.  It’s as if we’re trying to mash as much as possible into our lives before the music stops playing – and there’s always one chair short of the number of players.  Even if we do get lucky to “sit down” for a moment, the game starts again quickly and we’re back on our feet scrambling in that familiar circle.

When I googled “musical chair metaphor” I found - describing any activity where items or people are repeatedly and usually pointlessly shuffled among various locations or positions.  We tell ourselves to slow down and enjoy this season, but most of us rarely do.  Jobs, shopping, parties, and a ridiculous amount of food and drink take up our time.  And we can’t forget to cram in that medical procedure by December 31st since we’ve already met our deductible.  Even the family time we have is often hurried among in-laws, exes, steps, and others.  How do we put the brakes on this train?  Do we really want to?  Is this just the way it is and we can’t change it?

Several years ago I was in a seminar and the presenter told a great story about slowing down.  He was from New York and was doing this presentation in Nashville.  He told us how he was running a little late that morning, but had heard from everyone he must go to Krispy Kreme Doughnuts - particularly when the “HOT NOW” light was lit.  He happened to drive by a store, saw the light on, and determined he could barely make it with the time he had.

He (we’ll call him Bob) got to the window and a nice young woman (we’ll call her Marge) with a pronounced southern drawl walked slowly toward him and asked how she could help.  He ordered quickly and watched as she seemed to enter it in the computer as if she had never seen a keyboard.   Marge asked Bob where he was from and what he was doing in town.  He answered very curtly and let her know he was in a hurry.  He repeatedly looked at the clock in the car and watched the minutes tick away.  He told Marge again he was pressed for time and asked if they could speed up the process.  She said “Sure honey” and moved at the exact same speed.

Bob watched Marge saunter around, smiling and talking with the other customers and employees in the building. Completely flustered, he was just about to drive off without his doughnuts, when Marge turned and made her way back to the window.  “Finally!” he thought.   Bob looked frantically at the time and then up at Marge.  He waited for her to hand him his bag, but instead she leaned out toward him – put her left arm/hand on the counter with the right supporting her chin.  She smiled the biggest smile of the day, and after an awkward silence said “So…..how ya doin’?”

At first, Bob thought he would explode, but then something came over him.  He realized that he had been in the drive-thru less than 10 minutes.  As a New Yorker, he was accustomed to a faster pace and expected things to move more quickly.  His thoughts were constantly on the next few minutes or hours and not on the present.  A wave of calm came over him and he smiled broadly.   He relaxed and told Marge a little more about why he was in town, then thanked her for the doughnuts as she handed them over.

I thought of that story when I decided to write about the hustle and bustle of the holidays.  Bob said Marge made him realize he needed to hit the brakes a little and soak up what was going on around him.  Marge may not have been the fastest, but she was always in the moment.

Being more in the present is an issue so many of us struggle with.  We know it, but we wonder what we can really do about it.  Sometimes I think we make things harder than they have to be.  What if we told ourselves we’re going to slow down and focus on what is important to us … and then …  just did it?  No self-help strategies from smart people with lots of initials after their names.  No over-thinking things. We simply abide by that ubiquitous Nike slogan.

One of my favorite movies from back in the day is Mr. Mom with Michael Keaton.  He and his wife’s roles are reversed after he loses his job and she starts working.  There’s a scene where his wife has to go out of town on Halloween while the rest of the family celebrates.  As she is leaving, Keaton looks at her and says “It’s real easy to forget what’s important…so don’t”.   Pretty sage advice from Beetlejuice.

As we near Christmas, let’s remember why we celebrate it in the first place.  Let’s all work on getting out of the musical chairs game.  Let’s decide to concentrate on the things we care about the most – and just do it.